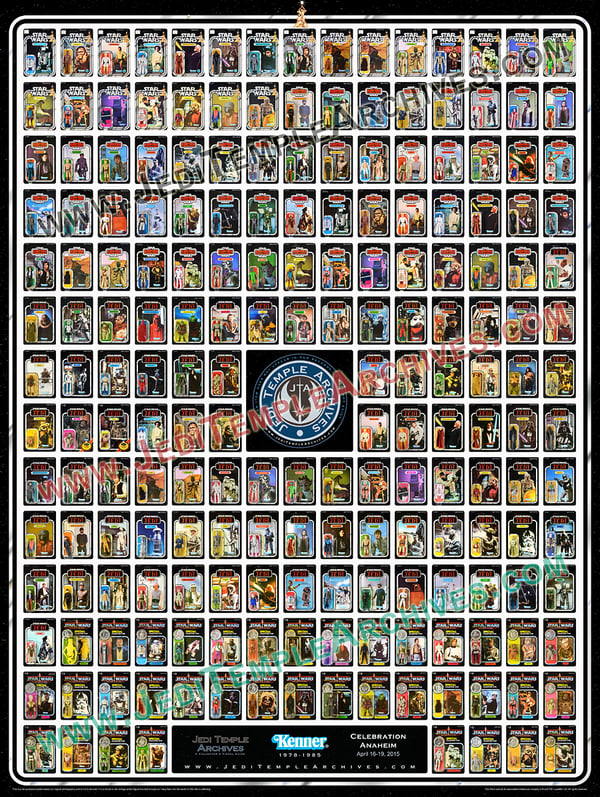 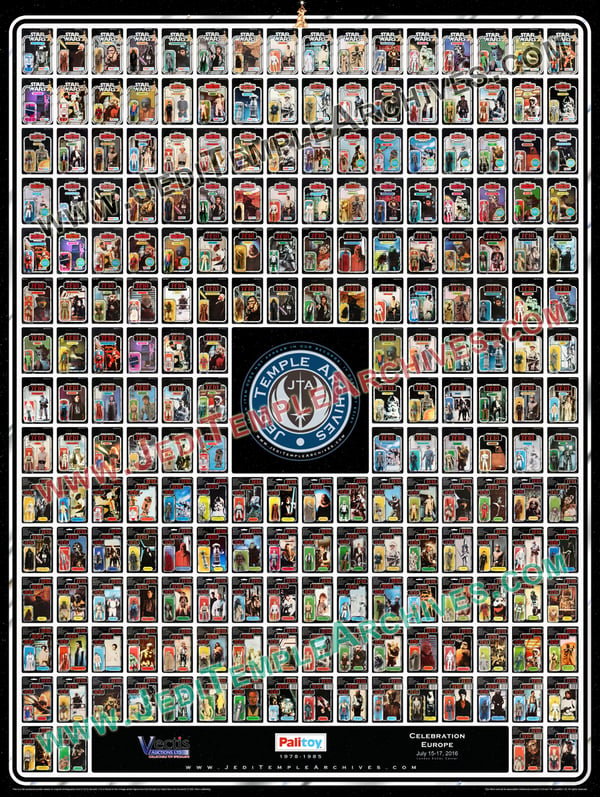 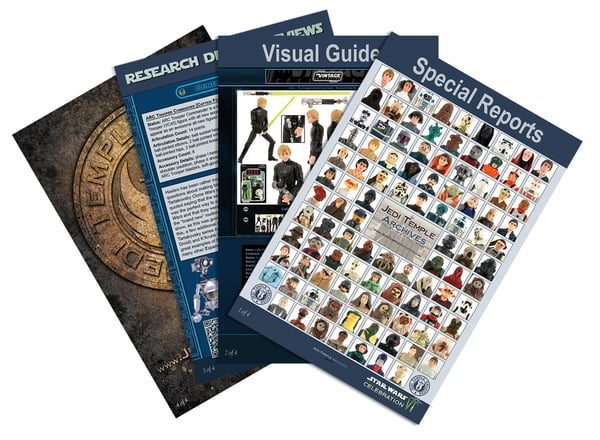 READ BEFORE ORDERING: there are other package options available that include some of these cards. Make sure to review the other sets before making your purchase to ensure you order the set you need.

These beautiful large format trading cards feature every last detail of the classic vintage Kenner figures we all grew up with and now you can collect them and cherish them forever in your own Star Wars collection.

Our JTA Master Set includes all cards produced to-date, at a discount bundled price. So, if you are just starting to collect these and don't already have some of the previously released Series, then this is where to start. This includes all 48 cards (Series 1, Series 2, Series 2 Chase, Series 3, Series 3 Chase, Series 4, Series 4 Chase).

Each trading card is 3.5" x 5.25 inches, designed specifically to fit nicely in a 4-up trading card sheet (not included) so you can build your own reference guide as more cards are released.

Designed and produced by the staff at Jedi Temple Archives